What Exactly is the Metaverse?
(Explain Like I am 5) 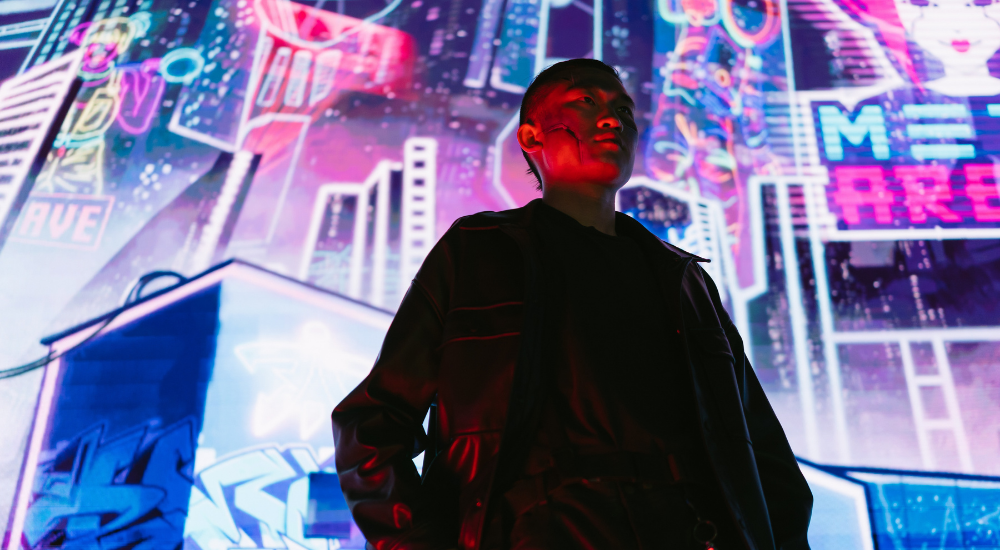 Metaverse right now is like the Internet of the 1970s. The tech enthusiasts are excited about it. The big companies are investing in it. But no one really knows what it is going to look like or how we are supposed to benefit from the technology.

When we now say metaverse technology, it entails everything digital - starting from augmented reality to cryptocurrencies. And it seems that the tech giants of the world are betting on the concept as the future of their businesses. Think Facebook changing its name to Meta.

So, what is this metaverse technology really? 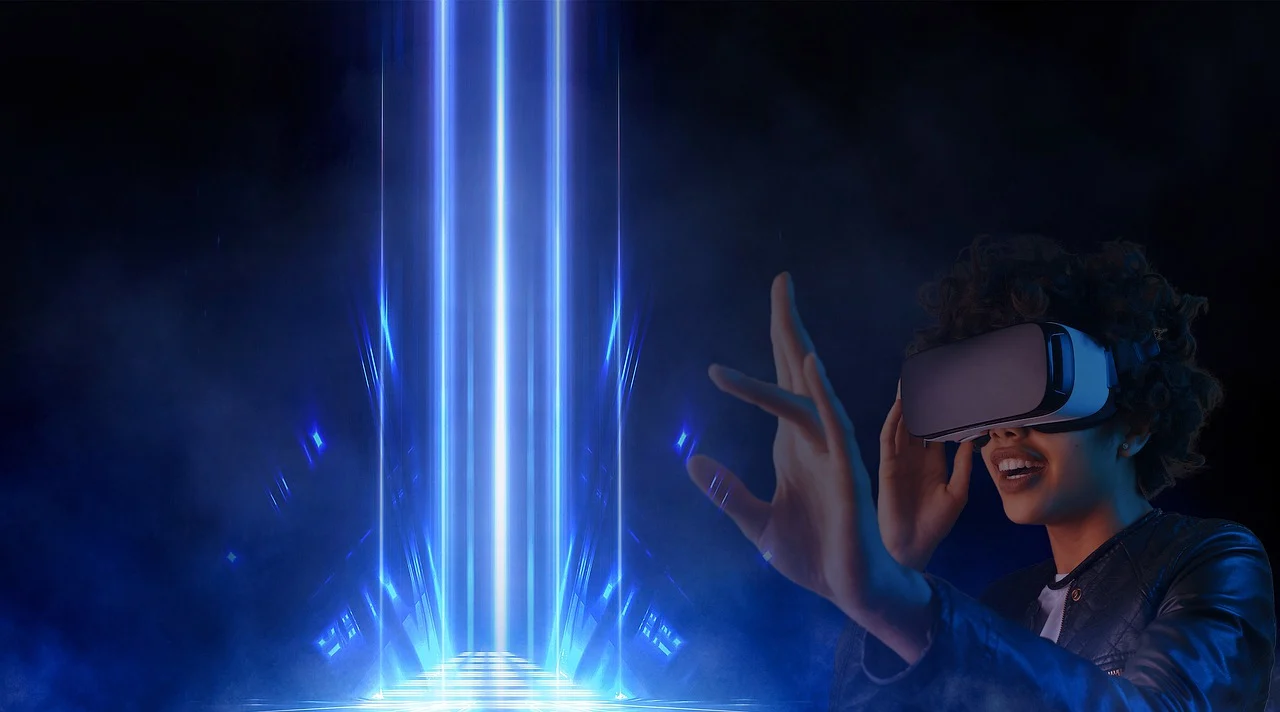 Imagine a typical day in your life. You wake up in your cozy home, open your wardrobe, and put on your favorite attire.

Maybe you invite a few friends over to your home, attend a concert or go out shopping in the local mall. You may decide to eat at a restaurant, adopt a pet, change your hair color, or even fly out to Vegas to have a wild time. Now imagine doing all these without ever leaving your couch.

That is the metaverse technology, speaking simply. And that is what Mark Zuckerberg is betting on along with Microsoft, Apple, Epic Games, Nvidia, Second Life, and Roblox.

Metaverse is technically a digital world that you can join as avatars, or a virtual version of yourself, and do everything that you would normally do in a physical world. This new world is more immersive, interactive, and, of course, futuristic.

Your avatars will not be platform-dependent and you can join multiple universes at different times from anywhere in the world.

For example, you can take your digital avatar to the shopping mall and buy premium virtual attire from the Gucci metaverse. Your avatar can now wear that virtual Gucci dress to the high-end corporate party hosted on Microsoft’s metaverse version. You can then come back to your sprawling home in Second Life. And throw a fun party for your friends on Roblox where all your avatars get together in the metaverse to play exciting games together.

What is the purpose of metaverse?

When speaking just in terms of avatars and virtual dresses, the metaverse may seem like a sophisticated video game meant for computer geeks. But Facebook’s and Microsoft’s vision goes well past this idea from where metaverse had initially emerged in the form of Fortnite and World of Warcraft.

The Time describes the professional life of Paul Tomlinson who works as a tax manager in a financial-processing software firm. Tomlinson requires four active screens at a time to get his work done. Along with becoming cumbersome, his workstation remained disorganized even on good days because switching between 4 screens is often not an easy task, that too with a cat around.

Not long ago, Paul Tomlinson shifted to Meta’s Oculus. And now he wears the VR gadget for 8 hours a day, managing four screens in the virtual space. Tomlinson’s story offers only a glimpse of the huge promise that metaverse technology holds for humanity. We are talking about virtual simulators, immersive corporate meetings, AR-enabled business interactions, and more.

With metaverse Augmented Reality, specifically, you can directly interact with the world around you. Say you are passing a restaurant and wish to check out the menu. You can focus your AR glasses on the restaurant and the menu comes up, along with online reviews from your friends.

Or, say you wish to buy premium jewelry online and want to try and buy before handing out your hard-earned dollars. AR lets you try any jewelry from the store’s inventory, right through your phone, and make an informed decision.

Top jewelers like Tanishq are already using this technology with the help of mirrAR’s augmented reality platform.

Move over to Microsoft Teams. You can already design your own backgrounds and join virtual meetings in virtual office settings.

With Microsoft’s metaverse promise, you can give business tours of your office space to employees and clients sitting millions of miles away. And probably the most sophisticated version we have now is the Second Life Metaverse.

You can literally live a second life in the digital universe where you can play games as avatars, create products and sell them in virtual shops, socialize with other avatars by traveling to different worlds and lands, and more.

Why are businesses so focussed on Metaverse?

Understanding the Microsoft metaverse business strategy is simple. The company is pouring funds heavily into building its Mesh platform that will power its Teams and other applications with augmented reality solutions.

With Microsoft’s Hololens AR headset, professionals can train faster in simulated manufacturing settings, the military can get tactically ready for future crisis situations, and universities can provide immersive exposure to their international students. Microsoft clearly wishes to go B2B and sell AR solutions.

Facebook, or Meta, understands the advertising space, and it is clear that Zuckerberg wishes to advertise brands in his version of the Metaverse.

So, your avatar can ride a Ford or BMW car in the digital world even before the vehicle is released in the real world. Or, you can see hoardings of brands that advertised with Facebook Metaverse while strolling through the virtual Times Square.

Companies like Roblox wishes to give the full experience through their metaverse technology. Users can log into Roblox to throw virtual parties, create activities and games that they can play together with friends as avatars, explore new worlds, and socialize with new people. Roblox’s USP is that a majority of its content is user-generated. Basically, you create your metaverse when you log in through Roblox.

Are metaverse and multiverse the same?

They are not! Metaverse is the parallel digital universe that the big tech companies are creating, which can be accessed through AR and VR gadgets, mobile phones, and computers.

The multiverse is a scientific concept where physicists believe that we have parallel universes in space similar to ours with their own set of rules and survival principles.

Multiverse is a concept that may or may not be scientifically true. Metaverse is something that we are building - another idea from humanity’s evolving intellect like flying like a bird or going to Mars.

The Metaverse technology is digital with no physical existence. Without computers and servers, the metaverse is just an idea. Multiverse is physical and if our scientists are right, parallel universes already exist.

Is building the metaverse really possible?

Back in the 1970s, many people believed that the Internet was a myth. That building such an interconnected world would be next to impossible.

However, we quickly learned how to make our computers interact with each other over long distances and hyperlink multiple web pages among one another.

Today, metaverse technology stands at a similar juncture. Sure, the big guns are making a lot of superfluous promises, but it just might be possible to build the Metaverse that Mark Zuckerberg frequently talks about.

The early seeds are already sown. Metaverse Augmented Reality is already a reality. Ford is gradually using AR headsets to market and customize their cars, while Tanishq along with Kalyan Jewelers is using mirrAR’s augmented reality platform to offer jewelry try-and-buys. AR and VR for metaverse are like web pages and social media for the internet. While the core technology runs deep, they are the means with which people ultimately enter the digital world.

Yet, the metaverse technology surely has a long way to go. The promises that Mark Zuckerberg is currently making might take massive technological revolutions to become a reality.

Zuckerberg’s promise of building interactive holograms, for example, is not yet as easy to make where your friend can just pop up beside you as a hologram during a live concert. Attending the virtual after-party as digital avatars can still be possible in a few years' time, but you will still have to wear a heavy Oculus VR set on your face, which Elon Musk thinks is a turn-off for most people.

In the end, we have the means. And we have the intention. Cryptocurrencies provide the digital money we need to create and sell products in the metaverse while the scope of customization is immense in the digital space.

Second Life creator Carrie Tatsu thinks that metaverse technology has the potential of forming emotional social connections with even more people. No doubt Zuckerberg speaks so highly of the metaverse, given his initial thought behind Facebook.

Still a wait and watch game

Even a couple of years back, the idea of a whole metaverse might have seemed like science-fiction. But it has just taken under 30 years for Neal Stephenson’s fictional word “metaverse” to become a reality.

What we already see in movies may not arrive at our homes in the next 5 years but given our capacity to innovate, 25 years is a solid timeline.

For now, we can safely assume that the metaverse augmented reality technology is here. We are taking massive strides in the AR sphere as the complexities of motion sensors in VR technology are absent in the former.