The Future of Augmented Reality in Fashion 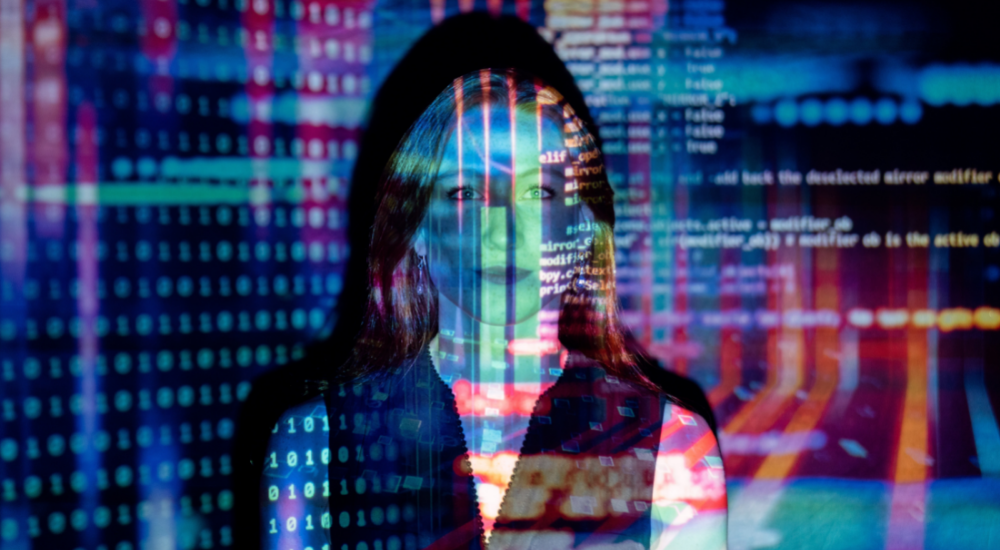 Recently, a silvery flowy dress called Iridescence sold for a massive $9,500. The CEO of QuantumStamp, Richard Ma, bought the dress at the Ethereal Summit in New York for his wife, Mary Ren. The dress, however, is not designed by a popular global fashion house like Gucci or Prada. Nor can Richard’s wife Mary wear it to the Met Gala next year or any other year. Iridescence is entirely a virtual dress. And Mary Ren can only wear her $9,500 dress on digital platforms like Instagram or Snapchat. 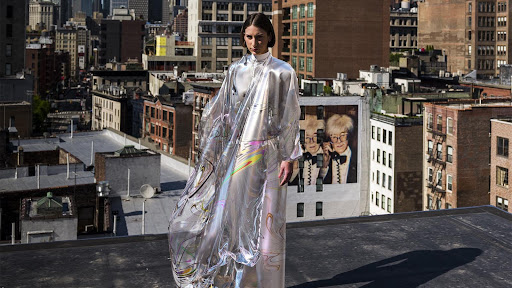 The Dutch Startup called Fabricant dared to make and auction Iridescence because people are accepting personalized virtual fashion as a new trend. As we move ahead, we will surely see AR penetrating further into the fashion industry and consumers becoming more comfortable with this still alien technology.

The rise and embrace of AR in fashion

The fashioned industry had always been primed to embrace augmented reality technology for two major reasons. One, the retail houses were struggling with the returns problem that tends to leak their revenue. And two, the global outcry about the industry’s impact on the environment.

According to a press release sent out by the National Retail Federation of the United States, American shoppers returned almost $428 billion worth of merchandise in 2020 after shopping for them online. And of that, almost $25.3 billion were fraudulent returns that continue to cost the industry dearly.

Online retailers say that the major roadblock to online fashion shopping is try-and-buy, and this is why consumers tend to return almost 10.6% of the total US retail sales.

Concurrently, the fashion industry’s impact on the environment is no longer a mystery. The United States disposes of 85 trillion liters of wastewater every year, and almost a fifth comes from the country’s fashion industry alone.

Enter augmented reality in fashion. The simple idea where people can superimpose a digital dress on their live video feed eliminates both the above-stated problems at once.

Augmented reality will enable fashion houses to digitize the entire try-out process and only make those apparel that fit their customers.

With limited manufacturing, the impact on the environment should also reduce, and that is naturally where the future of augmented reality in fashion is headed.

Foresight Factory conducted a study in collaboration with Snap. The report noted that the world has already seen a 57% increase in AR use among Gen Z shoppers. And 56% of them admitted that the AR infused in their shopping experience actually made their purchase decision easy.

Gap’s Virtual Dressing Room is a fine example where you can try out Gap apparel virtually before making a purchasing decision. You simply need to stand in front of an AR-enabled device and swap through Gap’s collection as the apparel goes on changing on your live feed.

Tanishq is doing something similar in the jewelry space. With mirrAR’s omnichannel augmented reality solution, Tanishq allows its consumers to try on any jewelry virtually, through their website, mobile app or in physical stores, before moving forward to place an order.

Virtual showrooms and digital catalogs will enable fashion retailers to expand their inventory. AR technology will also help boost online sales because, according to Shopify, 48% of online apparel shoppers think that their inability to try a product before buying online keeps them away from multiple brands.

Customers can also make better purchase decisions in brick-and-mortar stores as the process of physically trying every apparel option can be exhausting.

AR glasses will transform the industry

The future of augmented reality in our everyday life is no longer a Marvel movie story. The concept of holograms and virtual parties became very real when Mark Zuckerberg changed his company’s name to Meta and revealed the company’s vision to work majorly behind Metaverse.

The promise of Metaverse holds humongous potential for the fashion industry. And the virtual dress Iridescence is just the beginning.

We already know about the Smart Glasses that Ray-Ban has built along with Facebook. Snap Spectacles were also launched back in 2021.

And how will the fashion industry benefit from AR glasses? Say you are walking down the street wearing an Apple AR Glass. You come across a stranger walking from the opposite end in a stunning outfit.

Your AR glass will be equipped to direct you to the online store where you can find those exact merchandise, and you can literally purchase on the go. AR and VR glasses will also make virtual goods popular.

Merchandise that your digital avatars can wear to virtual parties or social gatherings. Nike has already started filing patents for virtual goods, and other top brands are not far behind.

In the context of wearable AR, Mojo Lens is going a step ahead and making AR-enabled contact lenses. If Oculus currently seems too heavy to wear and shop around, Mojo Lens is working to alter that dynamic as well.

In fact, we can safely conclude that the future of augmented reality is gradually becoming the present. Post-COVID, fashion houses are increasingly adopting AR to remove any existing bottleneck in online shopping and enable customers to make purchases from home.

The pandemic has just accelerated the revolution, and you can expect augmented reality to take over the fashion industry anytime soon.