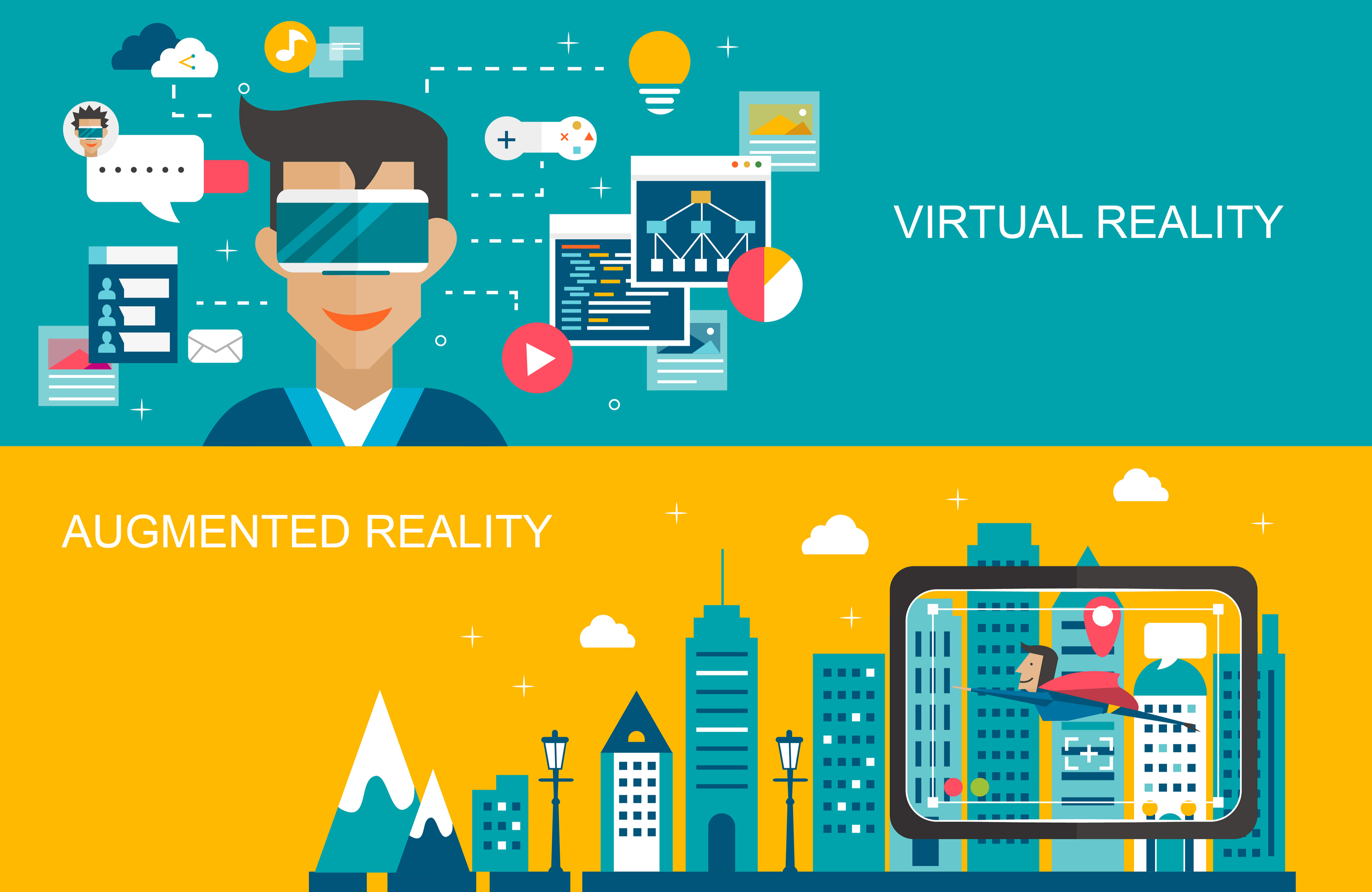 Newer technologies are redefining society and the future we’re heading towards. They are changing the way businesses are done, re-shaping consumer behaviour, and modifying lifestyles.
‍
Now while as great and promising (and interesting) as these technologies are, they could also be a bit confusing. For instance, many people find AR and VR confusing to differentiate. They use both AR and VR interchangeably. In reality, both these techs are very different. That's what we're going to talk about in this blog post.

What is Augmented Reality (And How It Works)?

Augmented Reality or AR is an interactive experience that involves overlaying computer-generated visuals in the real-time physical world. It superimposes digital content in the real-world environment captured through the live camera feed. This "digital content" could be anything, right from a hat and glass to jewellery and dresses. Social platforms like Instagram and Snapchat leverage this technology very well. The filters you use to place objects on yourself are a great example of augmented reality. 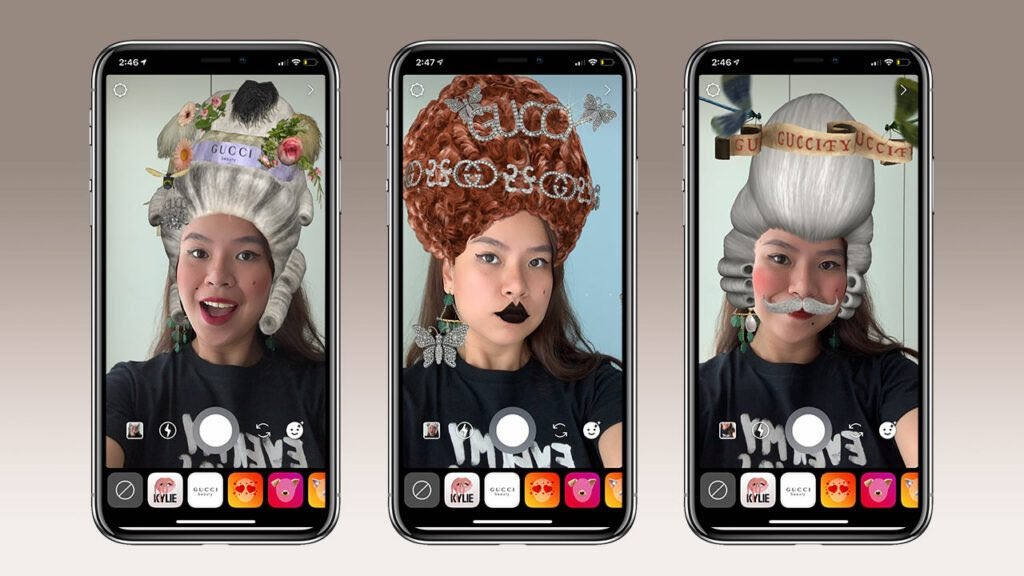 Augmented reality employs various elements to function properly. Foremost, the computer vision – via. the camera – understands the real-world surroundings of the user. Accordingly, the digital content is placed in that surrounding on to the camera feed (also called rendering) in a way that it looks realistic. The rendering module uses the orientation of the real object and its geometry, as well as various semantics to display relevant digital content in the right position.

What is Virtual Reality (And How it Works)?

Virtual reality is a computer-generated simulated 3D environment that can usually be explored in 360 degrees. It involves hardware like goggles that one has to wear. The person is then served a virtual world that they can view and interact with. The scenes and objects, made using software, look realistic, which enables users with a truly immersive experience. The most common example of VR is Oculus Quest, a VR headset built by a division of Facebook. Games like The Climb, Lone Echo, and Asgard's Wrath can be played on this headset.

As is clear, VR functions with the combination of software and hardware. The hardware is wearable that allows you to view and interact with the virtual world. The software, on the other hand, helps create the simulated environment. Video is transmitted from a computer or console, through HDMI cable, to the headset or glass. These headsets or glasses use head-tracking technology that integrates gyroscope, magnetometer, accelerometer, and other internal components, which enables 360-degree view. VR headsets also use other technologies like motion tracking and eye-tracking that provide a real-like experience.

Now that you know what AR and VR is, it’s also worth mentioning what extended reality is. Extended reality or XR is a broad term that’s used to refer to immersive technologies (AR, VR, Mixed Reality, and everything in between). It incorporates the combination of real-world and virtual elements into a single environment. XR is one of the fast-growing fields. The individual technologies within XR, however, have their own processes, built, and capabilities.

Now that you know what AR and VR is, it’s also worth mentioning what extended reality is. Extended reality or XR is a broad term that’s used to refer to immersive technologies (AR, VR, Mixed Reality, and everything in between). It incorporates the combination of real-world and virtual elements into a single environment. XR is one of the fast-growing fields. The individual technologies within XR, however, have their own processes, built, and capabilities.

Difference Between AR and VR

With the XR concept, Augmented Reality and Virtual Reality are now often integrated together to create a unique environment that’s a blend of real and virtual worlds. But that said, AR and VR have their stark differences. Here are some of them:

Advantages of AR and VR

Here are some of the common advantages of AR and VR:

AR and VR find applications in a wide range of industries, from gaming to marketing to eCommerce. Their benefits depend on the industry they are employed in. In healthcare, they can help surgeons. In eCommerce (fashion and jewellery), they can deliver consumers a try-before-you-buy experience. In e-learning, they can provide students with an immersive learning experience.

AR and VR are among the most promising technologies that pack advantages in abundance. With them, the sky is truly the limit!

How Businesses Can Use Augmented and Virtual Reality?

There are numerous ways how business owners can integrate AR and VR into their operations and marketing to amplify returns and fuel growth. As mentioned earlier, jewellery brands are already using augmented reality on the web to provide their customers with a virtual try-on option.

Furniture retailers can offer customers an AR app that allows the latter to see how the digitised version of the furniture looks in their space before they actually make a purchase. Hotel owners can tap on VR to offer their guests a tour of the room in the latter’s VR headset before they make the booking.

In every industry, there’s room to incorporate such cutting-edge technologies to drive more value. It’s on the business owners to discover these opportunities. So, if you run a business, identify gaps in different aspects of your business (marketing, manufacturing, sales, more) and then find the right AR and VR solution providers to implement the necessary steps.

Which industries are more likely to benefit from AR and VR?

Technologies like AR and VR are making bigger impacts. As we move forward, such a shift will only deepen, with more people rallying behind these techs.
As a consumer or business owner, it’s important that you keep an eye on such a shift and make changes at your own end to stay in sync with the changing world. Because now, the rule is simple: Move forward or get left behind. Which one do you want to choose?